Crown Equipment Corporation is a family-owned business that prides itself on the design, manufacture and distribution of a global and highly-respected line of crown forklifts and material handling equipment. It has a nationwide dealer network that services and supports its products with the mission of providing customers superior value with each product it delivers.

Focus on quality is not just a marketing throw-away line at Crown. By maintaining full vertical integration from design to manufacture down to local dealer support, Crown seeks to build lifetime relationships with its customers.

Crown also provides a full horizontal selection of warehouse material handling equipment so that a customer can run a "Crown warehouse or distribution center." 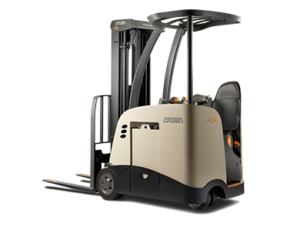 An Overview of the Crown Product Line

Crown is also involved in ground-breaking fuel cell research to replace traditional battery power sources for industrial lift trucks. Overcoming the technical and commercial barriers to replacement fuel cell power paces is the goal of a $1 million grant from the State of Ohio. The creation and growth of use of fuel cell-powered lift trucks in warehouse and distribution centers marks an environmental turning point for the industry.

Its ongoing introduction of new products and enhancement of its existing product lines makes it one of the most closely watched and innovative industry leaders. Its products and improvements are quickly copied and implemented by many of its competitors. In fact, the company has turned down numerous buy-out offers from other companies seeking to obtain the Crown market positioning.

The Crown Mark of Excellence

The Crown focus on quality starts with a commitment to the industry's foremost technology and superior ergonomic design, encased in durable and productive forklifts and material handling equipment. With control over 85 percent of all components used in Crown equipment, the company delivers on high-quality and innovative products. Their goal is to compete by delivering their units on-time and to the customer's specs. Their unofficial motto of "if the product says Crown on the outside, it is Crown on the inside." lets customers know their commitment to high quality design is more than skin deep.

As a global provider of material handling products, the company balances productivity and efficiency with safety and ergonomic design to provide award-winning lift trucks and products to the industry it serves. Its mission is to maximize value to the purchasers of its products through providing the lowest possible total cost of ownership with full service and maximum up-time.

Crown continues to focus on ground-breaking technology and unique applications of forklifts and innovative material handling equipment. An ongoing series of awards and industry recognition provides ample evidence of the fruit that comes from this commitment to technical innovation and excellence. 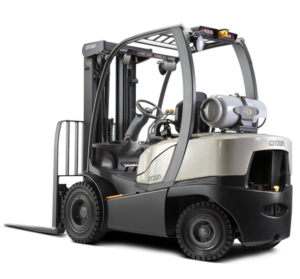 In 1972, it introduced the stand-up counterbalanced truck, allowing a rider to see both forwards and backwards by standing sideways on the truck. The RR Series rider reach trucks, introduced in 1980, allows new narrow aisles of warehouses and distribution centers. This revolutionary design approach changes warehouse concepts and wins the "Design of the Decade" award. Their TSP 6000 Series Stockpicker won the 2007 international "best of the best" Red dot design award, and other award winning products and designs include:

With its roots going back to a one-room operation in New Bremen, Ohio, in the 1930s, Crown has grown to be one of the largest global material handling equipment providers. Its award-winning product line reflects an uncompromising commitment to providing quality and durability in each product it provides.

The company maintains its primary manufacturing and administrative offices in its original home, New Bremen, Ohio and in Munich, Germany. Its status as a private, family-owned business allows it the ability to adapt quickly to the changing demands and technology of the rapidly-changing world of global logistics, warehousing and distribution concepts.

Crown by the Annual Benchmarks and the Numbers 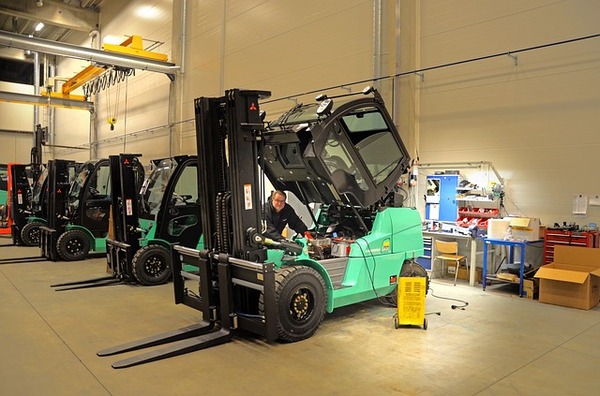